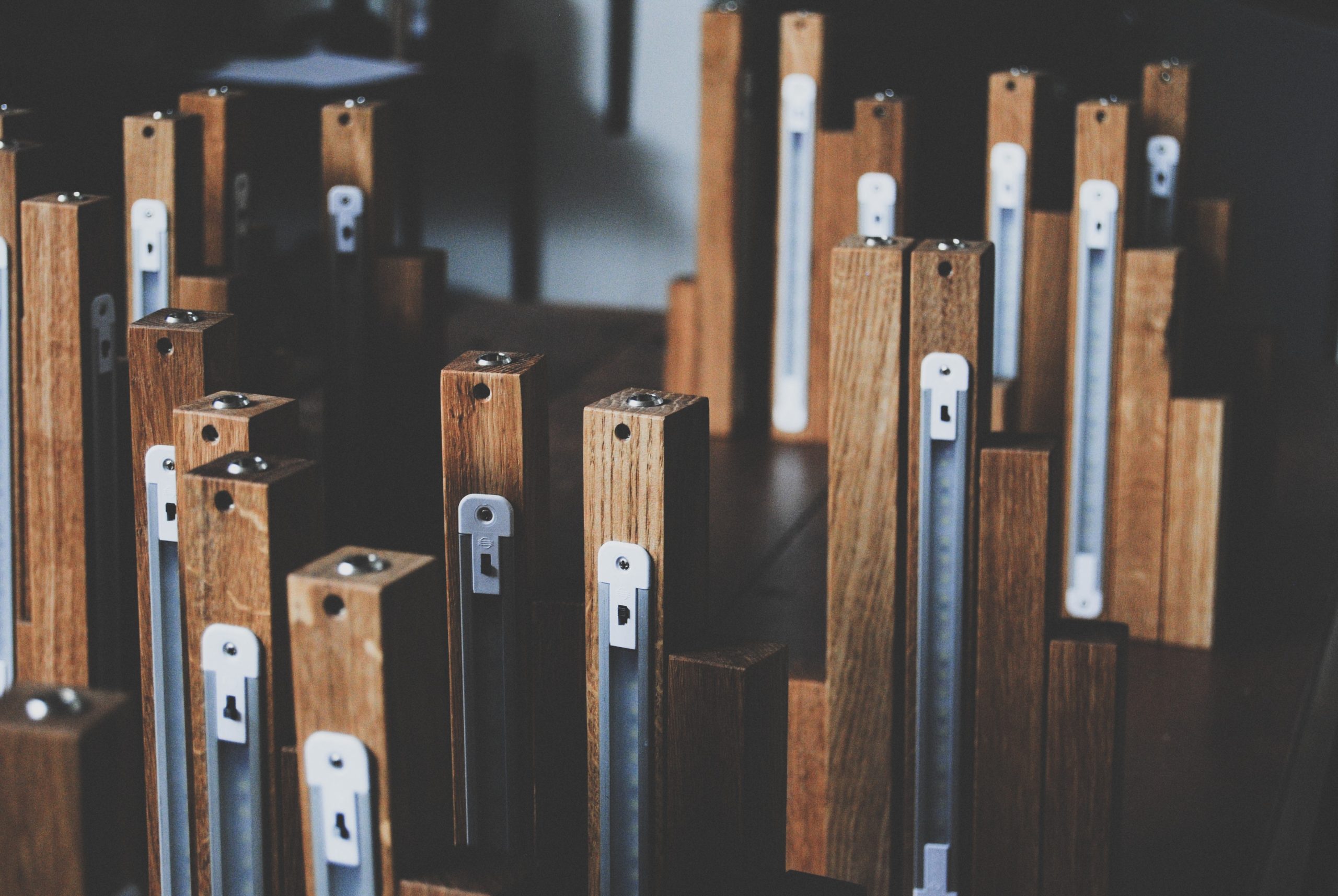 dESIGNoBJECT.it was founded in 1991 by a group of young people led by Giorgio Marchetto. Its production of Wall Clocks, Magnetic Boards and Accessories , made in Italy, refers to a concept of minimalist design with clean rigorous lines, recalling in particular the objects of Nordic area.   In 1995 encouraged by a growing commercial success, dESIGNoBJECT.it expands its offering in the Italian market by introducing a careful selection of products from the most important European companies such as Raumgestalt and Essey. Since August 2014, the company’s new image is edited by Carmine Sessa.

In our research, we always started from the awareness that we live in a overflowing world with too much objects, often useless that does not coincide with our real needs.What we mostly care about is get out of the platitude market that definitely needs an continuously innovative production. Our philosophy is to create products that first of all is convincing us, not in their business, but especially in their intrinsic value: for their design, for their beauty or originality, that they deserve to be created based on the amalgamation of diversity and simplicity respectively usefulness required by our clients. Finally, we also want to have fun, believing that design is above all a creativity game. The satisfaction of creating a product that we believe will stimulate and express emotions for us is the real victory of this challenge. This is the main ingredient that gives meaning to our work.

Graduated in Political Science in 1977. Convinced to continue his studies he left for the United States but there were too many demands, too many other stimulus and gradually he moved away from the exhausting law texts and approaches to art and design. Soon after he turned back in Italy convinced that this will be his way. Hence in 1991, together with a small group, he manages to create dESIGNoBJECT.it. Since then it began a period of intense production and commercial activities that allowed dESIGNoBJECT.it to overcome national borders, enwidening its manufacture over the border. In 1995, he met and imported on the Italian market brands such as Danish Essey belonging to John Brauer and the German Raumgestalt of Jutta Rothe. Over the years the abbundance of dESIGNoBJECT.it catalogue products alongside with the catalogues of Essey and Raumgestalt represent, in the field of furniture, one of the best offers when it comes to European design.

As versatile architect, he dedicates his daily work beside his research activities and creation of new projects to interior design, graphic and product design. In his career he has received several awards, among which the “FSC Design Award” is the most recent one.  With great passion for oriental arts and culture, his projects are characterized by an essential and very clear style. Since 2014 the very fruitful collaboration with the well-known Italian company dESIGNoBJECT has led to the creation of numerous products. On his blog writes: “I was born in Malo in 1978; I lived in Veneto, Umbria, Campania, Emilia Romagna and once more in Veneto, that means in a great number of Italian regions. In those places I didn’t learn a dialect and I couldn’t really tell what my provenance is, but I like to remember that my grandparents were a farmer and a painter. I graduated in Architecture with honors, maybe because of the various houses I lived in, each time thinking of them as being mine. For a long time, when I was a child, they used to call me “quieto” (placid), the kind of guy that, as we say in Italy, “you will find where you will leave him” and now I reclaim my nickname with pride, because during all that pilgrimaging, it is thanks to my “steadiness” that I learned to observe people and objects.”

Always in love with design, began his career in the ’80s and created his own craft company called “Things of wood”. ” Vito Cappellari, the creator of the ‘things of wood’ the way he defines its objects: “imaginative, original shapes, attention to detail and as far as possible (but not required) useful” (cit). At this stage there seems to express the philosophy of “doing” of Cappellari , which in its collections of unique handcrafted and numbered creations, seems to favor the playful characteristic despite of the usability of its products with a fund of “humor” that is reflected exactly in the names of its objects: “Eta Beta”, “Benito” etc. Still, the beauty remains the dominant attribute of all his creations and by that we mean the quality that shines from any article in which it is lavished love for the special sophistication, careful finishing, for a touch of color, a shape that is able to transmit even the tactile pleasure, its “softness” and its “roundness”. These are his words in the ’80s. Since then something has changed? No, nothing has changed. Actually even today, his passion is growing out of proportion, being always dedicated to his art, giving vent to his ideas, being an inspiration for the ones in his branch.

This website uses cookies to improve your experience while you navigate through the website. Out of these, the cookies that are categorized as necessary are stored on your browser as they are essential for the working of basic functionalities of the website. We also use third-party cookies that help us analyze and understand how you use this website. These cookies will be stored in your browser only with your consent. You also have the option to opt-out of these cookies. But opting out of some of these cookies may affect your browsing experience.
Necessary Sempre abilitato
Necessary cookies are absolutely essential for the website to function properly. This category only includes cookies that ensures basic functionalities and security features of the website. These cookies do not store any personal information.
Non-necessary
Any cookies that may not be particularly necessary for the website to function and is used specifically to collect user personal data via analytics, ads, other embedded contents are termed as non-necessary cookies. It is mandatory to procure user consent prior to running these cookies on your website.
ACCETTA E SALVA